In padel, there is a dimension of the game in relation to your opponents. Padel being a chess game, you have to deal with their movements. It is possible to predict, anticipate, control the movements of your opponents. In this article, we will give you the keys to help you gain control of your opponents’ game.

Your tactics of play will have to take into account the displacement of your opponents according to the balls that you send. The more you get to make them move, the more you’ll have the opportunity to have easy balls, so finish the point, and win the game.

How to make opponents move?

There are three types of displacement:

It is the displacement that players assimilate as quickly as possible, even beginners know that it depends only on the direction of the ball. It is rather simple to know where the ball will be sent. For information, you can only move your opponent to a maximum of 5m in the side. In general, it will be much less, because it is in the case where the player would be in a completely unfavorable situation.

The last type is the combination of the two previous ones. If you get the opposing players to move so that it becomes chaotic, you will have new spaces that will open. If you are faced with the fact that a player is at the net, but his partner is at the bottom, you will have a space in the middle, which will make your opponents run more. It will be necessary to make a crossed blow, between the two players, in the empty zone.

The physical aspect in a padel match is to be taken into account. Indeed, you can have the best technique in the world, but if you are not able to achieve it long enough to win a match, it will be complicated. Especially since tournaments play several games in one day, you have to perform well over time to perform at competitions. 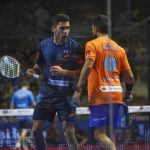 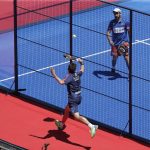 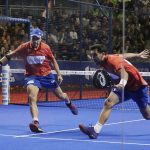 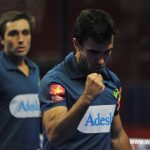